Law School Nonsense and the U.S. News [Updated below]

The WSJ recently reported that Yale, and then Harvard, withdrew from the US News law school rankings.  My initial reaction was, of course Harvard is going to copy Yale.  They’ve been chasing Yale ever since those rankings came out.  They didn’t have the guts to withdraw first, but they quickly jumped on Yale’s bandwagon.  A Harvard spokesperson said that his school had been “deliberating the move for several months.”  At best, that’s typical academic navel-gazing; more likely, Harvard was waiting for its law-school superior, Yale, to pull the trigger first.

My second reaction was that these schools aren’t actually withdrawing; they’re just not cooperating with the US News.  Marquette Law did this many years ago, i.e., it stopped cooperating and submitting data, and the school still got ranked.  And the WSJ later confirmed in a follow-up article that, of course, Harvard and Yale will still get ranked.  So these two institutions aren’t even doing anything novel; they certainly are not ground-breakers or trend-setters.  In reality, they’re walking a path beaten long ago by Marquette Law.  (Note: post-rebellion, under new "leadership," MU has since rejoined the US News fold.)  And that already-beaten path leads absolutely nowhere new.

Anyway, why did Y. and H. decide to stop cooperating?  Here’s the part of the original WSJ article that caught my eye:

With 20% of the overall ranking score based on median LSAT . . . test scores and undergraduate grade-point averages, [Yale’s] Ms. Gerken said, the ranking also hurts schools that want to admit promising students who couldn’t afford test-prep courses and rewards schools that give millions in scholarships to students with the best scores, not the most financial need.

First, the most qualified students should be admitted and rewarded with scholarships.  These students are soon going to be lawyers representing real-life clients who have actual money or even liberty at stake.  Ms. Gerken may not appreciate that point.  Before joining a law school faculty and being branded an “intellectual guru”—whatever that is—Ms. Gerken’s only listed practice experience was at a huge law firm for under four years.  (I worked at a very big law firm for just over two years; the experience was not valuable, and actual client contact was very limited.)  Academics and academic bureaucrats tend to get caught up in their own little worlds, and sometimes forget that law students will inevitably turn into real-life lawyers and nearly all of them—with a few exceptions for the “intellectual gurus”—will have a career representing real-life clients.

Second, would-be law students don’t need a test-prep course.  All they need is a decent work ethic and about $40 to buy a Princeton LSAT Review book.  That’s what I used to study for the LSAT.  And now, it even comes with actual prior LSAT questions for practice purposes, which, back in the day, I had to buy separately.  It’s basically the cost of one night out at the bars, kids.  Any college grad can afford this.  And if you really can’t afford it, go to your local library and use their book.  Or go online to and study from the comfort of your home.  Far from being discriminatory, this incredibly cheap—or actually free—out-of-pocket cost for LSAT prep puts everyone on equal footing.  It doesn’t discriminate against the poor.  And if you can’t get a decent LSAT score without enrolling in a lead-you-by-the-nose test-prep course, you’re probably not going to do well in law school anyway, as it is almost 100% self-study.  (In law school, unlike college, you have to know the material inside and out before you even step into the classroom—unless this, too, has changed in the coddling of the American youth.)

And third, referring again to the quote attributed to Ms. Gerken, if the applicant doesn’t have a good “test score[] or undergraduate grade-point average[],” then why the hell would they be a “promising student[]”?  Is there a better predictor of law school success than the LSAT score or the undergrad GPA?  Can you somehow divine a candidate’s potential or “promise” from their personal statement, which no doubt was written to provide you with what you want to read rather than the truth?  Please, Ms. Gerken, join us in reality.

Anyway, law schools are among the most conformist places on earth, so of course sub-elite schools like Berkeley and Georgetown took Yale’s and then Harvard’s “withdrawal” as a “signal” to do the same.  (Sidebar: Academics today don’t like to assert that a person or institution says or does anything; rather, they “signal” things.  You gotta get the lingo down if you want to be an “intellectual guru.”)

I predict many more law schools will “signal” their virtue by also “withdrawing” from—or, more accurately, refusing to cooperate with—the US News.  They'll copy Yale and Harvard (both of which copied Marquette).  Despite that, they'll all still be ranked.

Finally, I hate to side with those in academia in any way or to any degree, but I was never a fan of the US News rankings—although for dramatically different reasons than the hollow, copycat, virtue-signaling complaints that law schools are now lodging.  So if you’re looking for a law school to attend: first, think twice about going to law school; second, you still have to respect, to some extent, the US News for its widespread influence; third, check out Law School Transparency as well; and fourth, read Outside the Law School Scam before you make any decisions.

As I predicted above, more law schools are suddenly claiming to realize that the US News rankings are not aligned with their "mission and values."  Funny how that's happening right after Yale and then Harvard decided to "withdraw."  (Again, they are not actually withdrawing; see above.)  Of course, this is nothing more than a case of monkey see, monkey do.  It's also funny that, when announcing their withdrawal, these schools are still bragging about their "perennial top 14" ranking in the ranking system they're now condemning!  Unreal.  Law schools are among the most superficial, status-grubbing, virtue-signaling places on earth—far worse than even current corporate America.  Anyway, for a list of copycats, see this blogpost.  (Kudos, thus far, to U. Chicago for bucking this meaningless, virtue-signaling trend, just as they have done with regard to trendy speech-suppressing policies while protecting free speech on campus.) 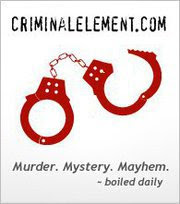