I have been asking these questions for years—many years before I published a study and study replication with Larry White empirically demonstrating the instruction’s burden-lowering impact.  I have yet to receive a reply from any prosecutor; instead, they keep fighting to preserve the status quo, which usually means launching ill-informed criticisms of the two published studies.

You can see my latest Wisconsin Law Journal post, here, where I respond to Michael Griesbach’s complaints—a collection of misstatements and ad hominem attacks.  Due to the journal’s word limitations, I did not respond to one of his criticisms: his claim that, unlike real-life criminal trials, our studies told jurors only once that the burden of proof is “beyond a reasonable doubt.”  An astute reader at Reddit noticed my omission and questioned me about it.  This anonymous poster agreed with Griesbach that the studies would be seriously flawed unless we provided the test participants with a complete set of ’s criminal jury instructions.  These, it is contended, would have mentioned “reasonable doubt” in two or three additional places which would have impacted the findings.

Of course, I would not wish for my worst enemy, let alone an innocent test subject, to have to sit through a reading of the entire set of ’s lengthy and cumbersome jury instructions.  But I left that issue aside and replied to the anonymous critic as follows:

Sorry for the delay in my response. I was away from the computer and don't like typing on the phone.
Of course, I'm very happy to share that information. (It's nice, but rare, to get serious questions about these studies as they have whipped up a lot of emotion.) I'll use MG's references in his article (hopefully you have read that) as a framework to answer your questions.
First, our fact pattern did not raise issues like lesser included offenses or self defense. (Most cases don't.) So no, those instructions were therefore not included, nor would they have been in real-life cases.
Second, as far as reasonable doubt (RD) being mentioned several times right before the objectionable language in JI 140, yes, we tested the entire instruction. So all of these RD references, definitions, examples, etc., were included. The only difference was that, in one test group, we removed the "you are not to search for doubt . . ." closing mandate from the lengthy instruction. Everything else was the same. (I'm referring to the study; more on the study at the end of this post.)
Third, it is true that RD is explained at the very beginning of a real-life case, which we did not do in the controlled study. In real life it is unlikely, however, that jurors would remember that language days later when they begin deliberations; rather, they would begin deliberations with JI 140 fresh in their minds (from closing jury instructions) and literally in their hands (as judges give them a copy of JI 140 to take into the deliberation room). Also, I think (but can't swear to it right now) that when judges mention RD in the beginning of a case, they do it by reading JI 140 -- the exact instruction we tested.
Fourth, yes, [in real-life cases] RD is mentioned, but not explained or discussed, in the substantive instruction on the charged crime. The purpose there is to communicate that the state's burden applies to all elements of the crime, not just some or most of the elements. We did not include it at that point in the study, but neither did we include the statement "not to search for doubt . . ." in the most damaging part of trial: the prosecutor's closing argument.
In real-life cases, juries may be told as many as five times "not to search for doubt" but "to search for the truth." (We gave them that instruction only once.) The language is especially damaging in the prosecutor's rebuttal closing, where he/she invariably says: "The defense lawyer was trying to raise doubt in your minds, but look what the judge just told you: you must not search for doubt, you must search for the truth." (For more on this, see p. 1157 of the Richmond study.) Had this been included in the study as part of the prosecutor's closing, I'd expect the gap in conviction rates to be even greater. But we wanted to include it only once and did not repeat or dramatize it the way it is repeated and dramatized in real-life trials. (Just imagine the prosecutorial criticisms had we done it that way.)
Judge Bauer explains it in a blog post like this: "the prosecutor, on rebuttal, says 'Defense counsel read you only part of the jury instruction on reasonable doubt. What counsel left out were these two lines: you are not to search for doubt. You are to search for the truth.’ Prosecutors make this argument because [it] makes it easier for the State to obtain a conviction. I have had these lines used against me as a defense attorney, and mea culpa, mea culpa, I have used them against defense counsel as district attorney." http://bauersteven.blogspot.com/2017/10/why-wisconsins-criminal-burden-of-proof.html
Remember, no study is perfect. (We identified five potential areas for improvement in our first study, and three in our second study.) When researchers try to strengthen a study in one area, another aspect of it may be weakened. Rather, these studies are two pieces of evidence that support the very logical claim that, when you explain RD, and then instruct the jury (even if just once) not to search for doubt, you are diminishing the BOP. (Logically, if it didn't diminish the BOP, prosecutors wouldn't fight so vigorously to preserve JI 140 in its current form.)
Finally, I mentioned the study (second study) above. That one is a bit different because it was a conceptual replication, i.e., we intentionally varied a lot of aspects of the study design. Therefore, most of the specifics in this post refer to the study. However, I think the study is more powerful and even less complex. One of our findings was that mock jurors who received the offending closing mandate were nearly twice as likely (p = .01, meaning that the near doubling is highly statistically significant) to misunderstand the burden of proof, i.e., they thought they could convict even if they had RD. (This was determined through a post-verdict question.)
This is powerful, but again, really shouldn't surprise anyone. It's a direct contradiction to explain RD, and then say "don't search for doubt."
Thanks for your excellent questions and your interest in the studies.
Posted by Michael D. Cicchini at 3:17 PM 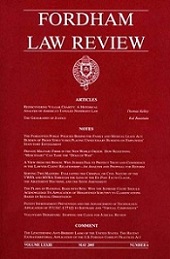 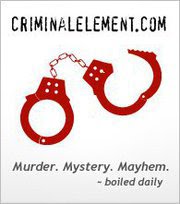